Creating “Living Economies” that mimic the structure and dynamics of healthy living systems has been a defining theme of my work for many years. These are some highlights of that portion of my journey.

In October 1992, shortly after Fran and I moved to New York City  from Asia, I was privileged to participate in a small ten day retreat in Baguio, Philippines with six Asian nongovernmental organization (NGO) leaders. All six were at that time members of the PCDForum board of contributing editors (now the advisory board) to reflect on Asia’s development experience and its implications for future NGO strategies in the region. We were all aware by that point that on balance Western models and theories of development were producing devastating consequences for people and nature. We went to Baguio to frame alternatives.

We concluded that conventional development theory is based on a false premise regarding the nature of progress. The need is not for an alternative theory of development, but rather a theory of a just and sustainable society that embraces the spiritual dimension of life and community. Our shared conclusions are reported in “Economy, Ecology & Spirituality: Toward a Theory and Practice of Sustainability,” which became the foundation of When Corporations Rule the World and much of the Forum’s subsequent work.

The need is not for an alternative theory of development, but rather a theory of a just and sustainable society

When Corporations Rule the World made the case that our human future depends on creating life-centered societies in which our economic institutions serve life with the same dedication our present institutions devote to the service of money. I was quite certain at the time that the creation of such societies must be guided by principles derived from a deep understanding of living systems. Yet the work on living systems with which I was familiar seemed too limited, mechanist, and removed from the richness of the living world as I experienced it to take the process of defining such principles where it needed to go. I put forth my best thinking at the time in When Corporations Rule the World. I was unable, however, to take it further—until a chance meeting in May 1997.

During a break at the World Conference of the Society for International Development in Santiago de Compostela, Spain, one of the participants, Dr. Mae-Wan Ho, introduced herself to me as a biologist who had read When Corporations Rule the World and felt that the wisdom embodied in living systems might be a key to creating life-friendly economic institutions. I was intrigued, but unaware that I had just met one of biology’s disciplined, creative and visionary thinkers and researchers. Though we did not speak further during the conference, we happened to sit together on a departing flight from Santiago de Compostela to London.

Her insights into the nature of living systems and the lessons they hold for our economic life enthralled me. I immediately recognized that her insights framed  principles on which a life-centered post-corporate world must be built.

By the time Dr. Ho and I arrived in London I knew I must set about immediately to write what became The Post Corporate World: Life After Capitalism, which draws out the parallels between the dynamics of of healthy living systems and those of community based, locally rooted market economies. On the next leg of my journey home to New York I read several papers Dr. Ho left with me and worked out the initial book outline.

I was  particularly struck by a paper presenting her thesis that science is in the midst of a basic paradigm shift from the metaphor of the machine to the metaphor of the living organism. The difference Dr. Ho articulated between these contrasting metaphors jumped out as a key to sorting out the difference between the society we are and the society we have the potential to become. Once in New York I began immediately clearing my schedule for the next year and a half to devote devote myself fully to that project.

A few weeks later I found myself on a panel at a Bioneers Conference with Elisabet Sahtouris, another deep thinker from the field of biology who was applying insights from the study of living systems, and in particular life’s evolutionary processes to the creation of a more functional economy. She introduced me to her book, EarthDance and gave me the manuscript of Biology Revisioned, a remarkable book she had co-authored with Willis Harman shortly before his death. These further expanded my understanding of the powerful ideas arising from biologists who were study life on its own terms—a refreshing contrast to biologists who study life by grinding up cells to identify their chemical composition.

The insights into living systems that these two women were articulating provided the underlying principles for the restructuring of our economic institutions and relations for which I was looking. Were these two meetings purely chance? Or evidence of some deeper intelligence at work? I will always wonder. I launched the Post-Corporate World at a delegates lunch and press conference at the United Nations headquarters in March 1999. A BusinesWeek reviewer proclaimed it “Beyond ‘big think.’  In fact The Post-Corporate World is positively cosmic…Korten’s book is valuable because it invites us to do something we rarely bother about: to reimagine ourselves.”

Another breakthrough came in March of 2001 at an invitational workshop on economic alternatives hosted by the  Esalen Institute in Big Sur, California. The other participants included Janine Benyus, the author of Biomimicry and Elisabet Sahtouris. Benyus and Sahtouris shared their insights from biology, ecology, and evolution and explored the implications for rethinking economic relationships. I shared my thoughts on how these insights might translate into institutional redesign. In the course of the discussion, a number of the participants converged on “living economies” as a term that seemed suited to describing healthy, mature, locally rooted economic systems that mimic the relationships and processes of healthy, mature natural ecosystems. 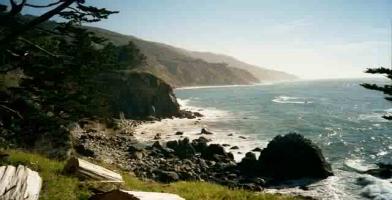 A particularly critical insight came from a discussion of the processes of natural succession by which ecosystems evolve from colonization to maturity through the displacement of fast growing, competitive, and transient species by patient, cooperative, and settled species that learn to efficiently conserve and share the energy and materials on which they mutually depend. Maturation in natural ecosystem rarely involves a change in the behavior of organisms genetically prone to aggressive and profligate behavior. More often it occurs through a process of emergence and displacement by which species better suited to the needs of a mature, cooperative system gradually displace the more aggressive and individualistic species that dominate the colonizing stage. This suggested that perhaps the most promising path to economic transformation might be through a similar process of locally owned and rooted values-driven enterprises coming together to create the relational webs of living economies of sufficient strength to gradually displace the corporate megaliths.

The following month, in April 2001, Sahtouris and I were invited to present a joint workshop on “Living Economies” facilitated by Richard Perl at the Social Ventures Network (SVN) annual membership meeting at Mohonk Mountain House in New Paltz, New York. Judy Wicks, the former board chair of SVN, had already been promoting an initiative aimed at organizing local businesses that aligned with the living economies framework. Several of SVN’s other leading business practitioners immediately picked up on the implications of the concept for their own work. The living economies framework attracted so much interest that two well-attended follow-on sessions were quickly organized.  This discussions led to a shared insight that many of the elements of a system of living economies are already in place, but remain to be woven together into the functioning, living web, of a new economy. The term “suicide economy” was coined for the existing economy that is rapidly destroying the foundations of its own existence and the survival of the human species.  A plan emerged to make the living economies theme a centerpiece of SVN’s October 11-14, 2001 meeting in  San Jose, California.

In June 2001, I began drafting a web essay, “Living Economies for a Living Planet,” with input from Victor Bremson,  Richard Perl, Elisabet Sahtouris, John Steiner, and Judy Wicks to share the ideas with a broader constituency. A supporting essay by Sahtouris outlined lessons from biology that define critical characteristics of a living economy. Other colleagues, including Tom Atlee, Hans-Peter Duerr, Charlie Kouns, Ernie Lowe, and Joanna Macy, soon joined in with supporting essays and/or commentary. The essay is also inspired by Thomas Berry’s The Great Work: Our Way into the Future and is grounded in the work of four visionary pioneers of the new biology: Janine Benyus, Mae-Wan Ho, Lynn Margulis, and Elisabet Sahtouris.

Richard Perl later convened an SVN working group comprised of Larry Brilliant, Edgar Cahn, Duane Elgin, Hazel Henderson, Bernard Lietaer, Amory Lovins, Russell Means, Richard Perl, John Robbins, Elisabet Sahtouris, Michael Shuman, Judy Wicks, and me — all invited speakers at SVN’s October 2001 conference — to prepare a collaborative working document titled The Path to Living Economies as a framing theme paper for the conference. I joined some fifty conference participants who remained after the formal close of the conference to spend an afternoon crafting an action plan. SVN leaders Laury Hammel and Judy Wicks immediately began organizing local chapters of a new Business Alliance for Local Living Economies (BALLE) around the United States to facilitate the process of growing living economies into being. I became a member of the founding board of BALLE and it has since remained one of my passions.

NEXT: Living Economies for a Living Planet