The False Claim of No Alternatives

PCDForum Campaign III: Changing the story that there is no viable non-socialist alternative to corporate capitalism (1996 to 2005).

[See the The Forum and the Economic Story Revolution] 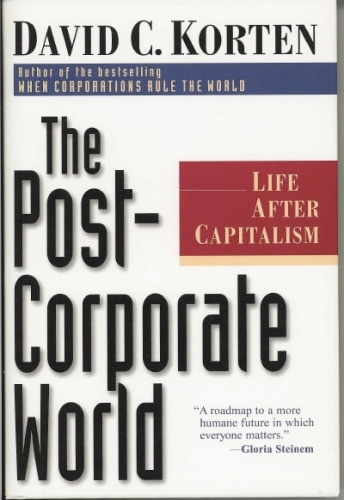 The New Story: Although capitalism claims to be the champion of democracy and markets, the drive of capitalist corporations for monopoly control of economic and political power makes capitalism as we know it, the mortal enemy of both. The obvious alternative is a planetary system of self-organizing, self-reliant local living economies that mimic healthy living systems and embody the principles of real democracy and real markets.

The Books: The Post-Corporate World: Life beyond Capitalism (1999) and Alternatives to Economic Globalization (2002, 2004)

Partner Organizations: International Forum on Globalization, YES! A Journal of Positive Futures, and the Business Alliance for Local Living Economies

By 1996 it was already evident that resistance was a necessary but insufficient response to the destructive forces of corporate globalization. The system itself must be transformed. That required a positive vision of a non-socialist alternative to corporate capitalism. The Forum responded to this need through its leadership in four initiatives.